T.B. Markinson - Reservations of the Heart 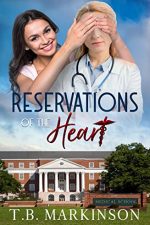 41-year-old doctor Stella Gilbert used to have it all. Her career was on fire, and she had a picture-perfect family–until she was blindsided by her wife doing the unthinkable. Three years after her divorce, Stella’s loved ones worry about her non-existent personal life and her stubborn belief that focusing on her career and raising her daughter are all she needs to be fulfilled.

Reeling from the revelation of a long-held family secret, 29-year-old Aurora Shirley is just over it all. If her parents could lie to Aurora all her life, won’t everyone else? Women are the last thing on her mind as she starts a temporary job at a local medical school. Unfortunately for Aurora, she needs to find a date for her best friend’s wedding or be deemed the worst maid of honor in history.

When Stella and Aurora unexpectedly come together, sparks fly. Neither is looking for a relationship, but what they discover in one another is so much more than a physical connection. Can two wounded women who believe love is the last thing they want overcome their fears to find healing? 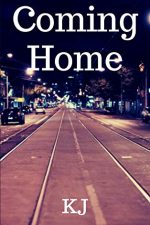 What would happen if your regular, ordinary, safe, everyday existence suddenly became…not any of those things? When Samantha Markson, Ordinary Person, is thrust into the life of Abigail Taylor, Not At All Ordinary Person, it proves to be an experience like she’s never had before. World famous actress, Abigail Taylor, is in Melbourne filming her new movie, and is accompanied by her nine year old daughter, Grace, because Abigail wants her to experience an Australian education for three months. Sam Markson is a teacher at one of the best schools in Melbourne, and is perfectly happy doing that, thank you very much, when she’s suddenly redirected from the classroom into the job as Grace’s teacher; a move so fast that even blinking would feel like slow motion. Sam has never met anyone like Abigail Taylor, and she starts to realise that her ordinary life might actually be missing something extraordinary. 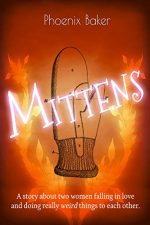 Samantha is a bespectacled, crazy-haired electronics engineer with a curiosity-driven crush on her best friend Nina. Nina is a shy, masochistic kinkster, with fantasies and interests she wouldn’t dream of divulging to anyone. When Nina tells Samantha that her biggest erogenous zones are her adrenal glands, Samantha very quickly starts figuring out how to make them squirt.

Free on Amazon
Other Retailers 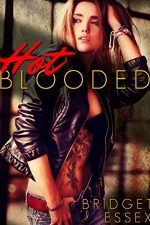 Billie Cross isn’t afraid of anything. A quick witted, sarcastic trouble maker, she knows how to rock a good lipstick, a pair of heels…and a sharp dagger. Billie has one of the most dangerous—and secretive—jobs in the world, but someone’s got to hunt demons. And Billie is very, very good at it.

But a random run-in on the streets of Pittsburgh has Billie’s head out of the game. Because she can’t stop thinking about the mysterious, smoldering woman in the leather jacket with the wicked grin: Jet. Billie can’t get tangled up in a relationship; it’s too dangerous. But a one-night stand sure as hell sounds like a good time. Only thing is, one night turns into something much, much more. Billie swore she’d never let anyone close to her ever again: she was done with getting her heart broken, and yet now she’s fallen for Jet with her whole heart.

But if Billie finds out who—and what—Jet really is, there’ll be more than a broken heart on the line. There’ll be hell to pay.

What could poor troublemaker Lola Morgan and clueless rich kid Abby Granger have in common? Not a lot. Beside both having the misfortune to find themselves on the wrong side of the law. But it’s only 200 hours of community service, right? What could possibly happen between two girls from such different worlds?

Accidentally falling for each other, that’s what.

But can bad girl Lola and good girl Abby overcome the odds to be together? Or will their differences pull them apart?

Harper Bliss & Clare Lydon - Once Upon A Princess 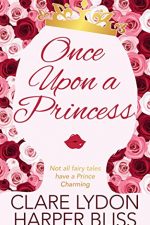 Olivia Charlton is a princess who believes in love—not a high priority in a royal family hung up on tradition and duty.

Meanwhile, village sweetheart Rosie Perkins has no time for affairs of the heart—she’s just struggling to keep her cafe and life afloat.

When Olivia heads to Cornwall to escape her royal duties for a few weeks, the two meet and sparks fly. But can a cafe owner and a princess truly end up with their own happily ever after when all the odds are stacked against them?

$0.99 on Amazon
Other Retailers 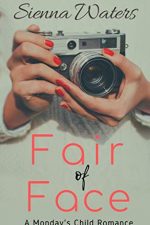 When photographer Kate Steinhauser is asked to shoot Nat Lee, it should be the chance of a lifetime. After all, Nat is a household name, the face of a dozen brands, and one of the most recognizable models on the planet. But she’s also a demon from Kate’s past.

Nat is a wild-child, her antics frequently headlining gossip sites. She’s also a bully, one whose actions still sting Kate twenty years down the line. But the opportunity is too great to give up. Besides, there’s no way Nat will recognize Kate. Not after so long.

Kate and Nat are inextricably linked by their past, and from the first click of the camera it’s clear that their futures are just as connected. But as feelings start to transform, and sparks start to fly, Kate can’t believe that time has changed Nat so much. And Nat’s relationship with hot-ticket actor Jake Allingham doesn’t help matters either.

Once in a lifetime you meet the person that completes you. But what if that person is your worst enemy? Everything should be keeping them apart, yet Nat and Kate just can’t function without each other. Or can they?

Elizabeth Andre - The Soul of WBVR 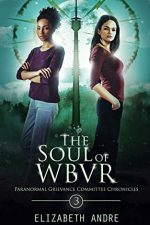 Call-in radio shows are fun until a ghost calls. Popular soul music deejay Joyce Barkley thinks someone is pulling a prank when the voice of her dead girlfriend comes through clear as day during a call-in segment on her Saturday afternoon show. But it is no prank. The woman, who has been dead since a tragic accident in the mid-1960s, is back. Her voice is forcing Joyce to confront her decision to hide her true self and the truth of what really happened on that dark night.

With help from Maya and Julie, lead investigators with the Paranormal Grievance Committee, Joyce has to figure out how to soothe Natasha’s restless spirit. If she doesn’t, Joyce’s career will be over, and her heart will stay closed to love that could be hers.

$5.99 on Amazon
Other Retailers 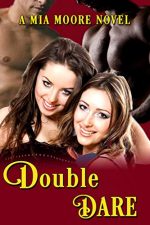 Katie is in New York City for the first time in her life! She and Logan, her ‘roommate with occasional benefits’ have come to ‘Fun City’ for Comic-Con. Conventions like these can be fun; gathering with other geeks, nerds, gamers and costume players has always been pretty cool. It’s the first time they’ve gone since moving in together last year.

Logan wishes Katie would loosen up. They have a lot of fun gaming, playing dress up for conventions, and watching cool movies. But when it comes to… ‘randy stuff’ as he calls it…well, Katie would just as soon go to the gym. Oh well…they’re pushing 30. He’s mature enough to realize that you really can’t have it all.
Dammit.

In the hotel gym, Katie meets Laurie Dowd, a mom of two who’s in town with her husband Dan for an exciting get away. A year earlier, they found out that there’s a lot more to life than working and keeping a home. There’s a lot of games to be played! Katie’s wearing only a towel, and Laurie’s wearing nothing at all.
Uh oh…

Erica Lee - Anyone But Her 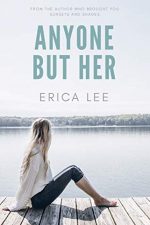 Reagan Cooper has been an out and proud lesbian since high school, but can’t say no when her gay best friend, Jamie Miller, asks her to pretend to be his girlfriend for his family reunion. Jamie has been there for her through everything. Plus, she’s interested in learning more about the family he never speaks of.

Living in California for eight years, Charlie Miller has been able to live authentically, but being back in her small Maryland hometown with her conservative family means going back into the closet. What she didn’t expect was to be so attracted to her brother’s girlfriend. 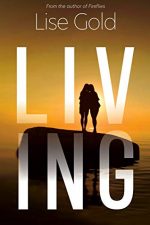 During her morning exercise, yoga instructor Cam Saunders finds herself rescuing a young woman who has walked into the sea, seemingly intent on taking her own life. When the woman in question turns out to be a famous actress, Cam promises to keep her secret safe.

Six months later, America’s sweetheart Ella Temperley is working hard to get her life back on track, grieving the loss of her twin sister and fighting a deep depression. Despite her fame, she feels alone in the world and keeps thinking of the woman she owes her life to.

After Ella shows up in Cam’s life again, the two become closer than they ever imagined possible. But what happens when friendship turns into attraction? Living is a slow-burn coming-out romance about loss, love and life. 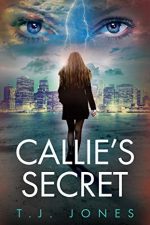 Visions of a far off war and an uncertain future haunt Callie’s dreams. A group of women, psychics like her, call to her while she sleeps. They say they need her help, that she might be the best of them. But can she leave her small town and Jenny behind? And can she ever make up for the terrible mistake she’s already made?

Filled with twists, and turns, Callie’s Secret tells the story of a young girl becoming a woman as she learns what love and empathy really mean, that her actions have consequences, and that the Secret to happiness is as simple as finding the right person to give your love to.