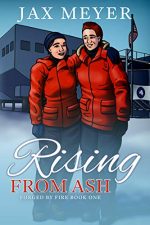 Phoenix Murray has had enough. Enough of her incompetent boss. Enough of her addict father always asking for money. Enough of the struggle to survive. So when her aunt offers her a job as a cook at the South Pole, she jumps at it. Even when she’s asked to avoid casual sex to keep the peace in the tiny community.

Astrophysicist Ashley Bennett can’t wait for her year at the South Pole. Not only will it allow her to focus on her PhD research, it’s a key step in her plan to become a Mars colonist. Avoiding the complications of dating in a society that doesn’t understand asexuality is a bonus.

When Phoenix and Ash meet, they can’t help but push each other’s buttons. Phoenix doesn’t understand that her confident sexuality puts Ash on edge while Ash’s curt formality triggers Phoenix’s insecurities about her upbringing. But living at the bottom of the world means there’s nowhere to run, and as they find common ground, their differences aren’t nearly the hindrance they thought. 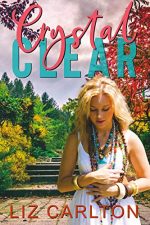 Erin Akers has always been the earthy, woo-woo type, and now she works at the local new age shop in a quaint resort town on the Florida coast. She moved to Santina with dreams of being a creative entrepreneur, but it’s been over a year since she arrived and she’s still no closer to her goal. When inspiration finally strikes, she is desperate to find a way to get her unique product off the ground.

After her careless behavior got her in trouble with the law, Kimmy Jenkins has been trying to put the past behind her and start adulting. It’s not easy when everyone she grew up with in Santina is doing just the opposite. Kimmy knows she needs to apply herself towards her dream career of being a chef, and that means leaving her idyllic hometown. That would be much easier to do if Kimmy hadn’t just met the girl of her dreams…

When Erin and Kimmy meet, an instant magnetism is felt- but sometimes in life, two people just aren’t in the same place at the same time. Is there any way that both Erin and Kimmy can ever grow into who they want to be together? 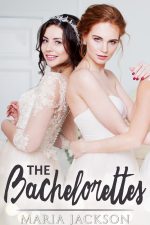 Stuck in a cabin alone for three months, Claudia and Miriam compete to win a cash prize. The reality show only has one rule: they can’t fall in love. Claudia can barely stand the arrogant supermodel, and Miriam only wants to seduce the annoying bookworm. Will these bachelorettes hate each other by the end of the filming? Or will they end up breaking all the rules?