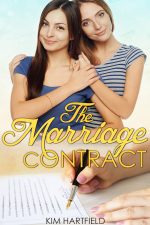 Twelve years ago, Poppy and Leah vowed to get married if they were both single at thirty. After losing touch, the unlikely pair reconnects just in time to meet the deadline. A lot has happened in twelve years… like both of them coming out of the closet. Now the popular girl marrying the science geek is an actual possibility. The contract was only a joke, though – wasn’t it? 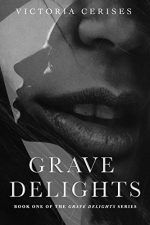 Their love is forbidden in more ways than one…

On the eve of an impending and unwanted betrothal, the lives of two young women in a dangerous and forbidden love affair change forever. A plan to run away and escape the restrictive expectations of their small village goes terribly wrong, and these human lovers are transformed into immortal enemies.

For the next three hundred years, headstrong and bold lycan Veruca must battle with the fact that her once pious and gentle lover, Leda, is now a cruel and unforgiving vampire. As respective leaders in the Great War between lycans and vampires, they must both confront their seemingly immortal feelings for another without betraying their kind.

Can the love they shared as humans withstand hundreds of years and thousands of deaths? Or will their love be a forgotten memory? 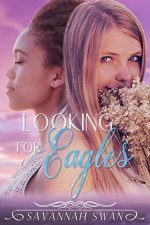 Can a first love stand the test of time after two decades?

At age thirty-five, Maggie Wilson has it all—a beautiful fiancée, a successful career, and a loyal group of friends. But when her fiancée breaks off the engagement, she finds herself completely shattered.

Things get even more confusing when she meets a very familiar stranger in a bar: her high school girlfriend, Jena, who she thought she’d never see again.

Jena Halley has zero emotional intimacy in her life. Her string of casual partners can’t fill the void left in her heart by her homophobic parents and the one person she ever truly loved: Maggie.

River Rocks summer camp was where Maggie and Jena met as twelve-year-olds and grew their relationship over their shared summers. But when Jena’s’s parents kicked her out at age eighteen, they lost touch.

When Jena’s company assigns her to a project in Philadelphia, the most she thinks she’ll find is another meaningless hook-up. Instead, she finds Maggie—and a whole lot of questions. The sparks are still there, but after so long, neither woman is who she used to be.

Between Jena’s short-term work contract and Maggie’s fresh break up, neither woman is looking for a relationship, but life doesn’t ask if you’re ready. Now that they have a second chance, there’s only one thing left to decide: are they brave enough to try again?

Have you picked up your free Lesfic Now Lesbian Fiction Sampler yet? With excerpts from ten novels, you can try new authors before you buy. Featuring both best-sellers and up-and-coming talent, you’re sure to find a book that piques your interest!