Samantha found the love of her life – and lost her. Widowed for ten years, she never plans to date again. When her teen daughter babysits a neighborhood boy, Samantha and Joy bond over being single mothers. Their friendship deepens, and their feelings for each other grow. Could the two moms end up starting a new family? 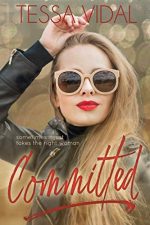 She’s the rebound chick. The local hot mess party girl. Perfectly content with a life of one night stands, the only thing Sloane is capable of committing to is running her family’s restaurant. With her parents on the verge of retirement, she’s got her eyes on the prize. Nothing is going to get in between Sloane and the inheritance she’s sacrificed her whole life for.

Being a skilled pastry chef in a small town isn’t working out so well for Chloe. Her boss at the local grocery store bakery is a junior in high school and the man who convinced her to move here and start a new life with him is turning out to be anything but the man of her dreams. She’s forced to face the reality that maybe there is no such thing as a ‘man of her dreams,’ and after a little soul searching, realizes that she’s been living a lie.

Can the charismatic and confident Sloane really be her true love, or is she just another temporary fix for the mess she’s made of her life?
Is it possible for Sloane to have the career she was destined for and the woman of her dreams? She’ll have to learn to compromise in ways she’s never been willing to in the past, but something about that sweet and sassy pastry chef makes her think that maybe she can have her cake and eat it too.

Laura Fang - Destined For Her 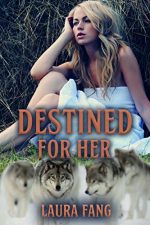 When Tess meets successful tech entrepreneur Cecelia, she has no idea what fate has in store for her. The omega wolf shifter recognizes her fated mate—but can she learn to trust after the past she ran away from?

Cecelia is haunted by the specter of her broken engagement, with an ex-fiancée who stalker and threatened her. After burying herself in her work, she’s achieved success. But is she ready to be with the mate she is fated for?

Both women must work to develop the intimacy needed for a successful relationship. Just because they’re fated mates doesn’t mean it comes easily.