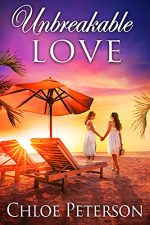 Sophia Cordell fought hard to distance herself from her biological family and their life in the mafia. But when her best friend Harry’s life is threatened, she strikes a deal with her birth family: she must marry Harry’s adult daughter for protection and will owe them a future favor.

Billy Nielsen lost her mother to criminal activity. She vowed never to associate with anyone connected to that world. When she discovers Sophia’s ties to the mafia, her lingering teenage crush on the older woman dulls.

The two women settle into a fake marriage and all the uncomfortable situations it brings. As they adapt to playing the happy couple in public, their friendship blossoms. Soon, they discover a growing mutual attraction.

But Sophia’s family has a dangerous request as payback for protecting Billy and her father. One that could not only spell the end of her relationship with Billy, but cost her very life…

KC Luck - Everybody Needs a Hero 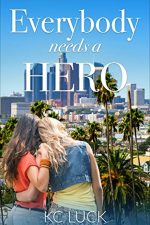 The daughter of an actress superstar, Ashley Landish wants nothing more than to simply run her popular coffee shop on the Venice Beach boardwalk and enjoy the sun and beaches of beautiful southern California. There is only one thing missing in her life—someone special to take her breath away.

Marine Corporal Bryce Cooper is home on leave after taking care of her father in his last days. Although the Marine Corps is calling, she has a new outlook on life, leaving one last box to check—to tell the woman she knew in college, Ashley Landish, that she loves her.

Award-winning author Drew Andersen’s mission in life is to spread the message of her novel to the world by having it made into a movie. Everything is going perfectly until a last-minute switch gives the lead actress role to Hollywood diva Tess Landish. She’s ready to do whatever she can to have her kicked off the movie—until the chemistry between them sends Drew into a tailspin.

Forty-eight-year-old Tess Landish realizes her illustrious career as an A-list celebrity is starting to fade. When the opportunity comes to take the romantic lead in a film based on a popular novel, she jumps at it only to learn the author of the book doesn’t want her for the role. Tess is determined to change her mind—especially after they meet and sparks fly.

When a powerful earthquake rocks Los Angeles, the four women must find a way to not only work together to save themselves but also to protect their hearts.