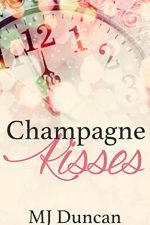 Flying solo at a wedding is the absolute last way Aubrey Gill wants to ring in the new year, so when she rolls into Whistler for the event, it’s with one goal in mind—survive the weekend. The Fates have other plans for her, however, as Beau Demers crashes into her life the moment she arrives. Young, gorgeous, and irresistibly charming, Beau quickly slips past her defenses, and Aubrey finds herself with a “date” for the weekend after all. It’s all for show, of course, except for the part where it’s the truest thing she’s ever known. And as the festivities go on, Aubrey can’t help but wonder if maybe, just maybe a kiss from Beau at midnight could lead to her own happily ever after.

Lianyu Tan - Captive in the Underworld 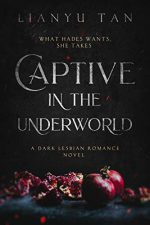 In the land of the dead, Queen Hades’ word is law. Hades gets what she wants–always–and what she wants is a certain goddess of the springtime.

Innocent Persephone chafes beneath her mother’s hawkish gaze and mercurial temper. Demeter has rebuffed all her daughter’s suitors, but she is not yet satisfied; she strives to crush Persephone’s spirit.

Still, when Hades pulls her into the dark realm of the underworld, Persephone longs for the world above, even if it means an eternity under her mother’s thumb.

With her tears and pleas for freedom ignored by pitiless Hades, Persephone must learn to satisfy her keeper in all ways, lest she suffer the consequences.

And though she cannot deny that something blooms within her, something forbidden, Persephone despairs of ever feeling the sun upon her skin once more.

No matter the cost, Hades intends to keep her.