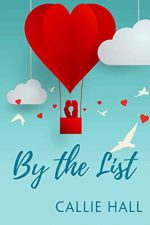 Adel’s social circle is rather small. Without the fans of her blog, she wouldn’t have one at all. This doesn’t bother Adel as much as it probably should, but with her apartment feeling as empty as her love life, Adel’s determined to make a change. Starting with herself.

Asking someone else out, however? Adel’s going to need a lot more than some liquid courage to pull it off.

Gail’s put everything she has into her family’s bar, but if she doesn’t think of something soon, she’ll lose everything she owns. With the walls closing in around her, what Gail really needs is a distraction, something to take her mind off of things, if only for a little while.

Meeting a new patron is exactly what Gail needs. What she doesn’t expect, however, is to miss the other woman’s company once she’s gone.

Without Adel’s number or an address to go by, Gail’s left with the memory of an evening that ended much too soon. But when their paths cross twice in one night?

Gail isn’t about to make that mistake again. 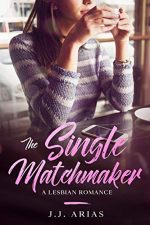 Rose is a nerdy librarian going through a divorce when she is abducted by aliens. When the spacecraft is attacked by the enemies of Queen Nashal, Rose makes it back to Earth freshly impregnated by alien royalty with said enemies on her heels. Now faced with running for her life, she is joined by Zita, a cheerful and beautiful alien marine, who becomes her guardian and protector . . . and the love of her life.