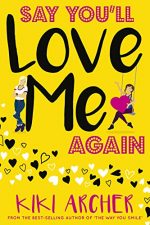 Do you know how to keep a secret? 23-year-old piano teacher, Sophie does and it’s kept her hidden for the past five years, but now she’s gone and broken her golden rule: Never let anyone ‘see’ you.

Jazz, a wild and carefree comedian, does more than ‘see’ Sophie but that’s because your soulmate’s the stranger you recognise, right?

With the woman she used to be threatening to surface, will Sophie succumb to the pull of passion and risk everything for Jazz, or will she hide from happiness to avoid further intertwining their lives, which might ultimately cause the unravelling of everything? 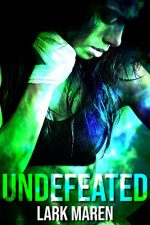 Harley Handley was the undefeated featherweight women’s MMA champion.
WAS.
Until I came along.
I had no idea who she was until she invited me to her hotel room. I had no idea that MMA fighting was really even a thing. I just liked the way she made me feel, the way she didn’t look at me like some piece of trash drifter. Our connection was instant, our lust burned red hot, and for the first time in my life, I felt like I had a mentor.

Fast, violent, unexpectedly… we were no longer friends with benefits… we were enemies, competitors. She had a title to defend. I had a promise to myself that I would do whatever it took to escape my past. 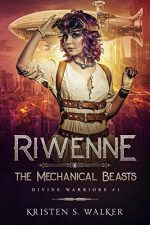 Fifteen-year-old Riwenne is bad at school, chronically late, and lost in a daydream, but she has help from her best friend, Nexita—until the two of them get separated. During the mysterious test on Choosing Day, they both wanted to become priestesses, an important job in the sky city. But only Riwenne became a novice, and Nexita was chosen by the engineers. Now she’s on her own for the first time in her life.

When a talking bird tells her that her best friend is under attack, Riwenne faces her worst fear. She must become a divine warrior and save her best friend from mechanical beasts!

As she juggles warrior training and priestess duties, Riwenne can’t let herself get distracted. She must recruit other warriors and lead the quest to find out the mystery behind the mechanical beasts, but most of all, she must follow her heart.

If she trusts the wrong person, she’ll face the gods’ judgment.