Eliza Lentzski - The Woman In 3B 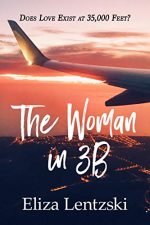 The challenge was supposed to be simple. Spill a drink on an airline passenger and be one square closer to winning the company’s secret bingo card game. Twenty-five different challenges, at various levels of difficulty, had to be accomplished within a month’s time. After nearly eight years of being a flight attendant, Alice Kaminski had spilled drinks on plenty of passengers, mostly on accident and during rough air. She didn’t particularly like the idea of the bingo card, but she had massive student debt; the financial incentives were enough to make her momentarily forget the questionable ethics of it all. The challenge was supposed to be simple—that is, until Alice saw her intended target—the beautiful woman seated in 3B. And after that, nothing was simple ever again. 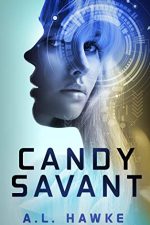 2234. Geneticist Candice Harlow has just graduated from the prestigious Arkite University Savant program. Unfortunately, she’s arranged to work with Elise Jackson, a crazed ruler seemingly more interested in Candy’s looks than her scientific aptitude. When their genesis is formed, the creation is shunned by their all-female society leading to peril.