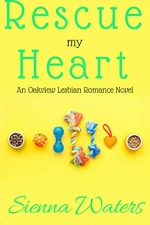 Danny Cooper thinks she’s as happy as she has the right to be. After all, as owner of Oakview’s failing animal shelter, she doesn’t exactly have a lot to offer a potential partner. And it’s been a long time since she’s hungered after a woman, that is until her new neighbor moves in.

Lena Travers is confident, rich, and beautiful, all the things that Danny thinks she isn’t. She’s also very, very mysterious. And Lena’s very first move is to threaten to report Danny’s beloved shelter for excessive noise. Despite that first impression though, Danny can’t help but have feelings for the girl next door.

But as the stakes begin to rise, Danny’s fear of taking risks gets the better of her. She’s not good enough for Lena, of that she’s sure. And with the fate of the shelter weighing on her mind, Danny makes a decision she might come to regret.

Sometimes you have to fight for what you want. But you can’t fight if you’re not willing to take risks. Besides, Danny isn’t sure that Lena is what she wants anyway. Or is she? And when the lives of her precious dogs are on the line, Danny makes what might be an unforgivable mistake. 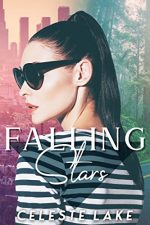 Wrecked Porsche, wrecked movie, wrecked image. That’s Christine Lawton: Hollywood’s latest starlet wreck. After punching Hollywood’s most powerful producer in the face for blacklisting her movie, she’s hidden herself away at a secluded mountain resort called the Constellation Lodge to avoid media attention until the whole thing blows over. She expected to be bored out of her mind. She didn’t expect to meet Jennifer.

Jennifer Baker hates the film industry. Her whole family is big in the business, but she wants absolutely nothing to do with the hollow, toxic world that lies behind the glitz and glam. Self-exiled to the Constellation Lodge, she just needs to finish her second novel and prove that she can succeed without the assistance of her well-connected family.

Christine loves that Jennifer has no clue of who she is, but she can’t keep her Hollywood fame a secret forever. Will the truth ruin a connection that seems to be written in the stars?

Kim Hartfield - This Is Love 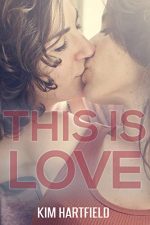 With a looming deadline and her career hanging by a thread, the last thing Abby needs is distraction. But when she meets a smart, sexy woman with a dirty mouth to boot, Abby can’t resist spending one night with Zara—at least, it was supposed to be just one night. But what if Zara is just the inspiration Abby needs to finish her book? And what if Abby’s determination to focus on her career destroys her chance at real happiness?