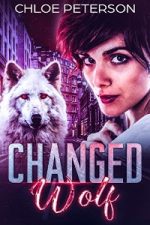 Zoe Dagiel has spent her entire life fighting to counter her father’s thirst for blood. A life without love and comfort has been the result. When she walks into a deadly trap that robs her of everything she holds dear, she starts to wonder if her years of sacrifice were worth it.

Giselle Russel spends her days seeking thrill after thrill, more often than not, in the arms of beautiful women. When a night time rescue leads to a run in with the nemesis of her clan, Giselle finds it hard to stay away. Zoe is the perfect combination of soft and hard, but Giselle is determined to keep her heart closed off.

When Zoe’s actions lead to her banishment from the Darksong, the wolf shifter seeks sanctuary with the Whiteheart clan. But not everyone is on board with harboring a wanted woman. Things only get more complicated when Zoe’s father shows everyone why the very mention of his name, stirs fear in people’s hearts… 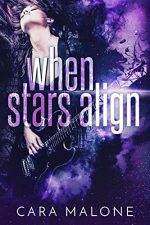 Nat Butler is a rock goddess.
A goddess with a penthouse apartment, a long-running career, fans across the globe… and nothing real to hold onto.
Her recording contract is up, and when an ugly breakup drags Nat into the tabloids, she decides the universe is telling her to take a break from LA. She’s ready to build something of her own – something real – so she heads back to her Ohio hometown to scout a local band in the hopes of starting a production company.

Instead of an answer to her problems, Nat finds Christy there – a former lover Nat left behind when she got her big break.

Once a passionate athlete and a shy but vibrant girl, Christy is a shadow of her former self after a painful divorce ruined the plans she’d made for her life, took away her dream home and turned her world upside down.

And despite Nat’s enthusiasm, she’s not too happy to see the woman who broke her heart fifteen years ago.

Things in Ohio aren’t looking much better than LA, but Nat knows that the universe brought her back into Christy’s world for a reason and she’s determined to make amends while she chases her own dreams.