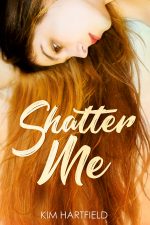 Lora is a kind-hearted, mature, capable young woman – in the eyes of everyone but her girlfriend. She puts up with verbal abuse, but when Chantel gets physical, she knows it’s time to leave. Gathering her courage, she escapes to a women’s shelter. With her new kitten at her side, she hopes to make a fresh start.

Sydney is shocked to see Lora walk into the shelter. As her former professor, she knows how smart and capable Lora is. She vows to help the younger woman in any way she can. When she begins to mentor Lora, they connect over feminist issues and trashy movies – and Sydney finds herself falling for Lora’s sad eyes and broken smile.

Will Lora break free of her abusive ex and forge a new path with Sydney? Or will she go back to the woman who’s already shattered her once? 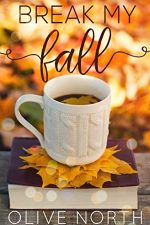 Jordan Cunningham should have it all. After writing a best selling lesbian romance novel, she reaches a level of fame most authors never acquire. It should be enough to make her happy. At least, that’s what her biggest fan, Anna, thinks. Anna is also an aspiring author who is dying to have the kind of success Jordan has found.

What Anna doesn’t realize is that since writing that book, Jordan’s life has been full of strife. After losing her wife, Isabel, in a tragic accident, Jordan enters into a depression that’s hard to get out of. She never envisions herself meeting anyone else or finding happiness. She gave up on happiness when she lost Isabel.

But after meeting Anna at a book signing in her hometown, it’s hard to ignore her. She’s everything Jordan could ever want in a partner… if she was looking, that is. Despite Anna’s persistence and positivity, Jordan cannot find it in her heart to open up to her fully.

Will Anna be the light at the end of the tunnel for Jordan or just another person she disappoints?