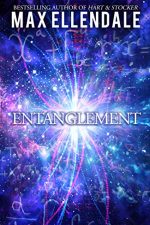 Uranium isn’t something that Detective Billie Olsen often finds on bodies of homicide victims. The unusual situation connects her to physicist and college professor, Mira Lewis. Incited by the discovery of the weak radioactive element, the two join forces to unravel a cryptic cipher. It isn’t the investigation, however, that nudges their paths to continuously cross. Billie finds herself enamored by the bold, crimson-lipped professor, and her desire to learn more about her leads the two of them into an unlikely friendship. With both women burdened by their fears and responsibilities, the evolution of their entanglement rocks their unstable cores. The only question remains is will they be able to embrace their changes or succumb to an untimely meltdown? 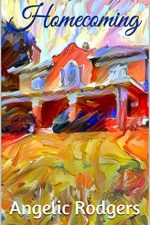 After hitting the big time with her most recent novel, Lucy Anderson’s ready for her next challenge. On the heels of her successful book tour, Lucy’s old high school friend Chelle Morrison calls her with a proposal: Lucy should buy the beautiful historic Crafton House and turn it into a writer’s retreat. Little River, Arkansas is on the cusp of revitalization, and they hope the retreat will bring new life to the struggling town.

Lucy sees herself as a savior to the town she fled from after graduation. In the nearly twenty years she’s been gone, she’s come out, become a successful author, and now she’s ready to rescue the women who never got out. What she finds once she arrives, though, is that while women like Chelle might have married their high school sweethearts, they haven’t been standing still waiting for an opportunity to thrive. Instead, the women of Little River are the driving force of the revitalization.

Even more surprising to Lucy is finding love in Little River with Emily Neville, the kid sister of the football player who escorted Lucy the night she was crowned homecoming queen. But, first, Lucy must convince Emily she isn’t just out to exploit the town before taking off again.